For Thing 15, on Evaluating Information, we invite participants to first evaluate and perhaps re-evaluate their approach to Wikipedia, an information resource we paradoxically both take for granted on a day-to-day basis and, as information professionals or educators, sometimes think of as a bête noire of the information universe. Thing 15 begins with a Q&A conducted over email between Dr. Rebecca O'Neill, Wikimedia Ireland Project Coordinator and Rudai 23 project team person Kris Meen. After the Q&A, we’ll turn to a task that will involve applying your critical and evaluative skills to potentially improving Wikipedia itself. 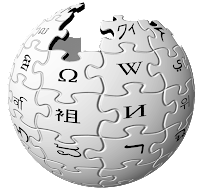 
KM: Taking a look at Wikipedia as part of the Critical Thinking part of the course and as part of this Thing in particular in part follows my own reading of Heidi Jacobs' 2011 article on "Posing the Wikimedia 'Problem'". The article argues that Wikipedia might be more productively considered a 'problem' -- in the sense of a puzzle that can be worked with and through as a means of learning -- rather than a 'problem', in the sense of something negative that ought to be avoided or eliminated. What is the approach of educators, including librarians, these days when it comes to Wikipedia? Is it still approached as a ‘problem,’ that people should shun? To what extent would you say this is the case?

RO: Increasingly Wikipedia is being viewed and utilised by many within academia broadly as a pragmatic tool for teaching critical thinking skills. As many academic librarians are engaged in teaching skills associated with literature searches, plagiarism, referencing, and assessment of sources, an increasing number are looking to employ Wikipedia editing as method of teaching what can be abstract concepts to many students. However, the uptake in Ireland is still low in comparison to the UK or other countries, underlined by the fact that this paper is from 2010. Many academics and institutions in Ireland still maintain a more conservative view of Wikipedia, advising students to avoid it at all costs and perpetuating the scepticism of its veracity or verifiability which have been around since the project’s inception.

I have found that this distrust of Wikipedia comes from a misunderstanding of how it works in real terms. In giving a quick presentation, or a workshop on how to edit Wikipedia, many of the misconceptions evaporate quite quickly. Even a brief introduction to editing illustrates quickly how rigorous the standards are on Wikipedia in relation to references and plagiarism, as well as how quickly vandalism can be reverted and even minor errors be corrected. It is a demonstration again of how thinking about Wikipedia working effectively in abstract leads you to conclude that it can’t, but somehow it does, reinforcing the often quoted idea that: “The problem with Wikipedia is that it only
works in practice. In theory, it can never work.”

KM: A less prohibitive approach to Wikipedia that has been popular for some time has been to say that it is ‘useful as a starting point for research’. Wikipedia itself has taken this idea on (as in here: https://en.wikipedia.org/wiki/Wikipedia:Research_help ). Can you expand on what this might mean, in practical terms? When should research with Wikipedia begin and end?

RO: It is useful to think about Wikipedia in the way many of us would have with a paper encyclopaedia: it is the first port of call. If a topic is new to you, or you want an introduction to a topic, it is a useful first stop when immersing yourself in a subject. Wikipedia is even more useful than the encyclopaedias of old however, in that it endeavours to provide you with a list of references from which the article has been constructed. In providing those references, the student or engaged reader is essentially given a reading list from which they can then engage with the topic in more in-depth way. Whilst not always the case, the vast majority of the references used should also be accessible to readers, as many editors rely on mainstream information sources or on open resources. In the same way that citing an encyclopaedia would have been seen as academically insufficient in years gone by, Wikipedia should be viewed in the same way. It is not suitable for usage as a reference within an academic work, but can be used as that initial introduction to a topic and a selection of potentially useful further reading.

From the point of view of using Wikipedia as a tool to teach critical assessment skills, this is where a complex set of skills manifest in the real world. Students can be presented with an article, and tasked with assessing the content, and the references to see if they are a balanced and accurate reflection of the topic at hand. At times this assessment can be very simple, particularly if an article is very short or if the number of references are very small. As article length or complexity increases, as does the assessment of it. This opens up the possibilities of students assessing the individual sources for various forms of bias, which in relation to current events and news sources, it is a priority for Wikipedia not to perpetuate any bias or unsupported speculation.

KM: What misconceptions of Wikipedia are there?

RO: The biggest one is that it is wholly unreliable. As anyone can edit Wikipedia, this is interpreted to mean that any and everything can be added to and remain on Wikipedia. This is perpetuated by the constant news stories about people “hacking” Wikipedia, generally with comic edits. However, these edits rarely persist for any meaningful amount of time, and often will be reverted within minutes rather than hours or days.

KM: What weaknesses does Wikipedia have? How are these weaknesses being addressed?

RO: One the major weaknesses that has been the focus of a lot of work in recent years is the bias towards white, “western”, and “male” topics on Wikipedia. Generally active Wikipedia editors (those how make 5 or more edits in a month) are male, white, between the ages of 18 to 30, have attended third level education or above, have no children or partner. This has meant that the content on Wikipedia tends to over-represent the interests of this group of people. What this means in real terms is that every type of bullet or train carriage ever manufactured has an article, but female artists of colour are less likely to have an article. Speaking of English language Wikipedia specifically, currently only 17% of all the biographies are about women. It has been referred to as the Gender Gap, and a huge effort has been made to not only make the content of Wikipedia more diverse, but to increase diversity within the editorship. Projects such as Women In Red and Art+Feminism have been leading the way in addressing the gender gap. This is done in a number of ways, from in-person editing events, virtual editing drives, as well as working with partner organisations to make material
available to write these articles.

These problems of diversity are not only an issue with the active editors of Wikipedia, however. Given that Wikipedia relies on traditional information sources, journals, books, and reputable news sources, Wikipedia perpetuates the diversity issues inherent within these forms of knowledge. The fact that people of colour, women, LGBTQA+, and other minorities are generally poorly represented within these forms of written knowledge, it results in these subjects not being deemed notable enough to be included within the Wikipedia project.

KM:Initiatives like 1lib1ref present librarians with new opportunities to engage with Wikipedia. What are the benefits to librarians of doing so?

RO: 1lib1ref has a number of benefits for librarians and other library professionals. On a very basic level, it is a simple and effective way to improve the content of a resource which is one of the most visited website globally. On a more fundamental level, those who work in libraries tend to have easy access to resources that are either physically or monetarily out of reach for the majority of people globally. In this way, I would view this as a form of information advocacy, in a small way addressing the information access gap. This is particularly true of paywalled or other difficult to access material.
From an Irish perspective, this means ensuring that topics relevant to Ireland are represented well on Wikipedia. In practical terms, it will move Wikipedia articles which are often written from a UK or American perspective, to having a more representative or holistic breath and scope.

KM: What is the role of groups like the Wikimedia Community Ireland, and similar groups? What do they do? Who are they for?

RO: First and foremost, we are here to serve the Irish community of editors, as well as encouraging new editors and contributors to Wikipedia and its sister projects. We run events and campaigns to promote the use of Wikipedia in education and cultural initiatives. We do this with support from the Wikimedia Foundation, as well as Wikimedia groups around the world.

Your Task for this Thing:
Option a: It's a good time to be thinking about Wikipedia, as #1lib1ref is currently running, as of January 15, through February 3. It's a great entry-point into Wikipedia editing, the focus of the event being finding secondary sources and adding them as citations in order to strengthen the reliability of Wikipedia articles. If you'd like to use this as an opportunity to try your hand at a bit of Wikipedia editing, go ahead, there is plenty of support and instructions on the 1lib1ref home page, here https://meta.wikimedia.org/wiki/The_Wikipedia_Library/1Lib1Ref


Adding a few edits to Wikipedia isn't technically difficult, particularly with its Visual Editor tool. But if trying this out seems a bit too involved, then try:

Option b:
This will make use of one of the tools that can help with 1lib1ref, the Citation Hunt tool (available at https://tools.wmflabs.org/citationhunt/en?id=de1d76dd&cat=all ).

This tool hunts down passages in Wikipedia where there is a missing reference and invites you to find one to fill the gap. Check it out, and find a missing reference for which you think you could likely find some information about. Find a couple of possibilities. Then, apply one of the evaluation of information tools that are rapidly doing the rounds in this our current fake-news environment; the most heavily being circulated probably being the CRAAP test (Google 'CRAAP test' and you'll find any number of examples from various university LibGuides). How do the sources you've found rate in terms of their currency, relevance, authority, accuracy, purpose -- and/or any other evaluative criteria you might use?
If this exercise has given you the bug, then go ahead and try to insert the citation into the Wikipedia page. But if that does seem overly daunting, feel free to stop here.

Having done either option a or  b, think about the following questions. How do you find your own evaluation skills? Does needing to find rigorous information on your own help to put yourself in the shoes of people you might be helping in your work? Does going through this kind of exercise make you feel better equipped to talk others through the need for a critical or evaluative approach to information -- and how one might take such an approach?


Dr Rebecca O'Neill is the Project Coordinator of Wikimedia Community Ireland, the recognised affiliate group of the Wikimedia Foundation in Ireland. She completed her PhD in the University of Hull establishing the concept of the citizen curator, as seen through crowd sourced and collaborative initiatives such as Wikipedia. Within her work with Wikipedia, she takes a strong interest in addressing the gender gap on Wikipedia and improving the coverage of Irish subjects generally. She runs editing and other workshops with partner organisations to train new editors and educate on issues such as Creative Commons licenses.

The Calendar of Things

This work is licensed under a Creative Commons Attribution-NonCommercial 4.0 International License.